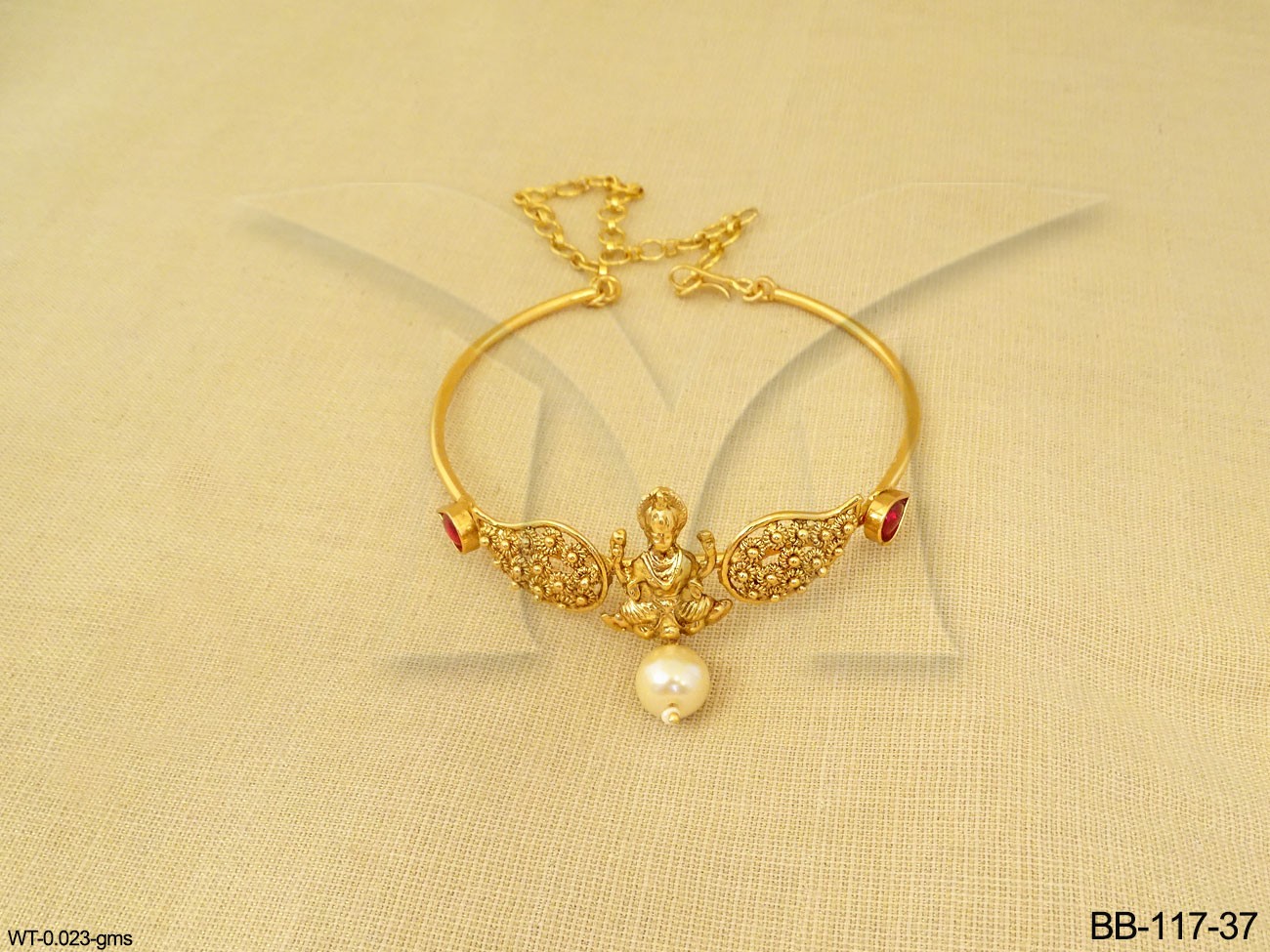 Temple jewellery which classical and traditional look is commonly associated with dancers practicing the dance form of Bharatanatyam or Kuchipudi. Temple jewellery is characterised by some of the finest handwork, painfully crafted by skilled craftsmen and jewellers. Due to the finesse required in crafting it, the time required to deliver the jewellery may sometimes even go up to a year, depending on the number of pieces required. But one sight at the final product and most of customers will forget the agony of their wait. From earrings to necklaces to pieces for adorning the hair, feet, hip and even the plaint.

During the festival occasions of worship of Gods, women wear temple jewelry, believed to be auspicious and offer good luck. Jewelry items come in different varieties like pendants, bracelets, belts and brooches. Temple jewelry is very popular amongst women, during auspicious times, and wearing these is believed to bring fortuity to the person. The favorite design for pendants is that of Lord Ganesha – the elephant headed god known to bestow good luck and good fortune. The other emblem, which is also, very much in demand, is that of the sacred syllable “OM”. These days, the temple jewelry of India is finding a flavor amongst foreigners too.

Indian Jewelry art is mostly divided into three kinds – temple jewelry, spiritual jewelry and bridal jewelry. Temple jewelry of India initially was described in the manner as the jewelry used to adorn the idols of Gods and Goddesses. The statues or idols in India were ornamented with chunky necklaces that were either strung with beads or crafted with intricate filigree. Amongst the other ornaments which adorned statues of deities were large chunky bangles, usually studded with gems. In addition, earrings, nose rings and anklets were also used.

Indian Temple Jewelry used to adorn the idols were later worn by temple dancers and slowly, the designs became a part of the Indian woman’s bridal jewelry trousseau. Today, temple jewelry has become one of the most popular among the crafts of India.