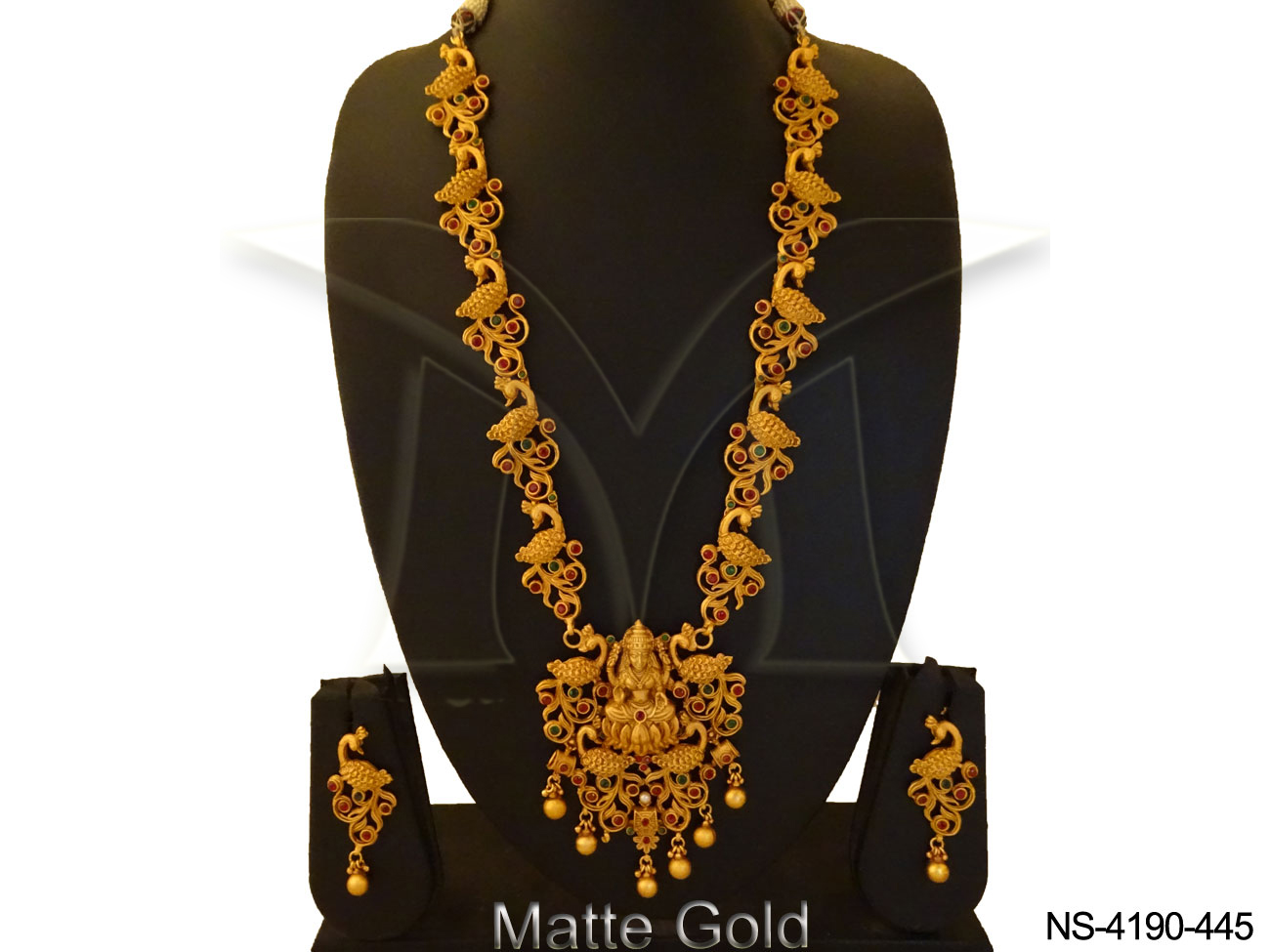 South Indian Temple Necklace Jewellery is a traditional form of Indian gemstone jewellery involving a gem set with gold foil between the stones and its mount, usually for elaborate Necklaces. The method is believed to have originated in the royal courts of Rajasthan and Gujarat. It is one of the older forms of jewellery made and worn in India. The word South Indian Temple means highly refined gold, and a highly refined and pure form of molten gold is used.

It remains an integral part of the traditional bridal wedding trousseau. Traditional settings, including the thappa and ras rawa, are experiencing a revival. Most recently, in the 2008 epic film, Jodhaa Akbar, the lead character portrayed by Aishwariya Rai was extensively shown wearing South Indian Temple jewellery, highlighting its influence among Rajasthani royalty.

South Indian Temple flourished under royal patronage during the Mughal era. Over the years, the South Indian Temple jewellery of the courts was successfully copied in silver in Rajasthan, Bihar and the Punjab and became popular with the common man.

South Indian Temple jewellery is created by setting carefully shaped, uncut diamonds and polished multicoloured gemstones into an exquisitely designed pure gold or faux metal base. The elaborate process begins with the skeletal framework called Ghaat. Thereafter, the Paadh procedure takes place, during which wax is poured onto the framework and moulded according to the design. Following this is the Khudai process, when the stones or uncut gems are fit into the framework. Meenakari then involves enameling to define the design details. Next, the Pakai process involves gold foils that hold the gems onto the framework; these are cold soldered using burnishing techniques. Finally, the gems are polished using the Chillai process.